In the Chinese market, GWM SUVs and Pickups have been the sales leader for many years consecutively. Moreover, on an international scale, GWM is one of the first Chinese auto enterprises to go global. GWM began to export vehicles in 1998, including SUV and pickup. So far market layout has been completed in more than 60 countries and regions. By the end of 2018, GWM had more than 400 overseas networks covering regional markets such as Russia, South Africa, Australia, the Middle East, Africa, South America and Asia Pacific, with total overseas sales of more than 600,000 units.

In terms of technology R&D, Great Wall Motors always adheres to the strategy of excessive investment with focus on effective R&D, and pursues the leading position in the industry, laying a solid foundation for continuous independent innovation. With advanced R&D equipment and system, Great Wall Motors is capable of developing and designing SUV, sedan, pickup and powertrain.

With the China headquarters as the core, GWM global R&D layout covers Europe, Asia and North America. Overseas R&D centers have been set up in Japan, the United States, Germany, India, Austria and South Korea.

The Internet of Vehicles

In the Intelligent Connected Vehicle (ICV) industry, GWM is building an open platform for technological innovation in an effort to push forward the development of 5G, Internet of Things (IOT), autonomous drive, IOV, V2X and other key technologies, and accelerate the industrialization of generic technology.

GWM has created a “12+5” global manufacturing system. In China, following the manufacturing bases in Baoding, Xushui, Tianjin and Yongchuan in Chongqing, GWM is promoting major projects in Zhangjiagang, Shandong, Pinghu, Zhejiang and Taizhou at a steady pace. Globally, GWM owns KD factories in Ecuador, Malaysia, Tunisia and Bulgaria, and Russia Tula HAVAL factory which has been put into production in 2019.

Yongchuan Factory in Chongqing develops conventionally powered pickup, electric pickup, special vehicle, SUV and other models. With an area of about 708,000 square meters, the assembly plant and parts base mainly includes stamping workshop, welding workshop, painting workshop, final assembly workshop, and interior and exterior workshop. In the stamping workshop, two large automatic and high-speed stamping continuous production lines are planned, which are equipped with KUKA feeding and blanking robot, German Beckhoff control system and Huawei switch system. With an automation rate of 100%, the welding workshop can realize flexible collinear production of many models. In the painting workshop, the body adopts electrophoresis paint with high permeability to improve the recycling efficiency of painting, save operation cost and reduce waste water discharge. The final assembly workshop covers an area of 68,000 square meters and adopts SPS+AGV automatic delivery system with 70% automatic on-line rate. 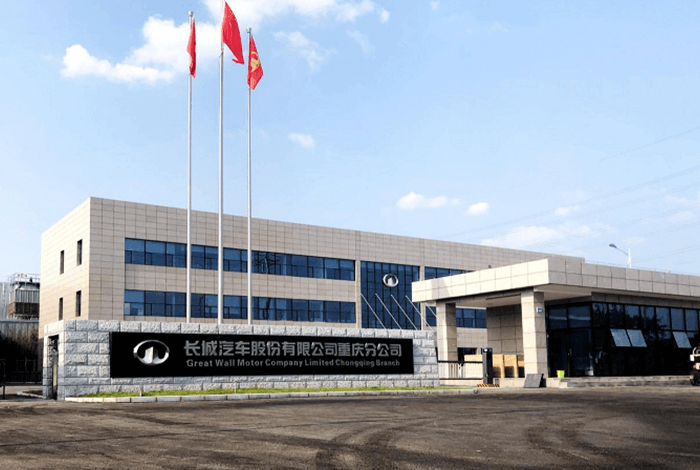 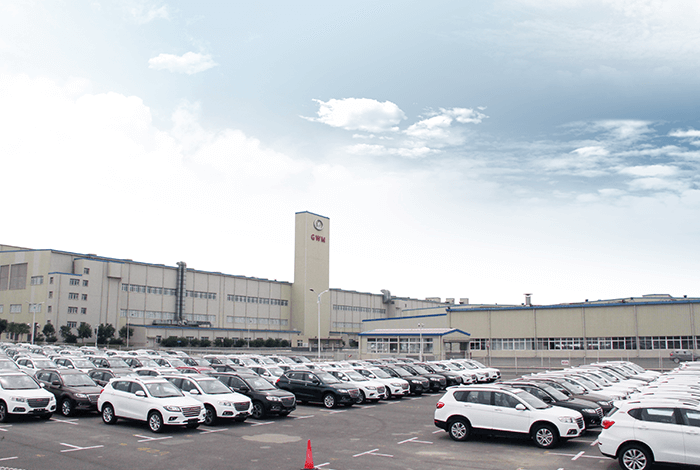 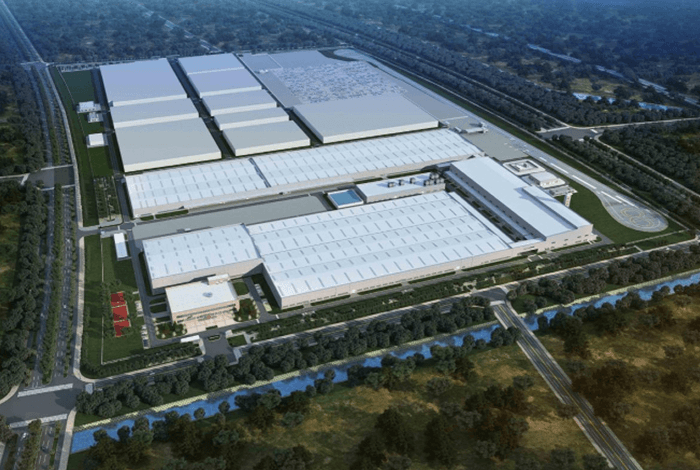 GWM Tula Factory in Russia is the first process-wide factory of Chinese auto enterprises in overseas markets. Tula Factory is not only the largest investment project of the Chinese manufacturing industry in Russia, but also the largest plant construction project of Chinese auto brands in overseas markets. As a bridgehead to enter the European market, Tula Factory is a special foothold to connect the Asian and European markets. It is the starting point for GWM to enter the European and even the global market. It is also an important measure taken by GWM to respond to the national Belt and Road strategy on behalf of the Chinese automobile industry. GWM Tula Factory is located in the Uzlovaya Industrial Park, Tula, Russia, with a total investment of US$500 million, a capacity of 150,000 units, and a localization rate of 65%. Tula Factory includes four processes of stamping, welding, painting and final assembly with the localized R&D capability. In addition, Tula Factory may also support other Chinese auto brands in OEM assembly. Based on the advanced Andon and MES systems, Tula Factory has effectively transferred and shared the quality information, realized visual control, and consolidated its quality assurance capacity of production process. DUER vehicle inspection line is introduced to carry out 100% static and dynamic test and road test for each vehicle before it leaves the factory to ensure that each vehicle delivered to the customer fully meets the quality and customer requirements. 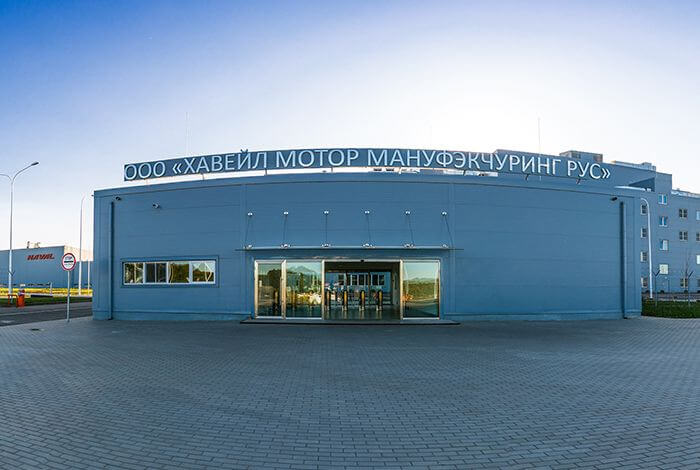 GWM Pinghu Manufacturing Base covers an area of about 1200 mu, with a total investment of about 11 billion yuan and an annual output of 100,000 units. The project mainly includes vehicle manufacturing and vehicle R&D projects, and it will mainly produce HAVAL brand and new energy products after completion. With an area of about 600 mu, Pinghu Vehicle Manufacturing Base Project adheres to the concept of green, low-carbon, environmental protection, intelligence and lean, including four workshops of stamping, welding, painting and final assembly. The stamping workshop plans a 5400-ton automatic, mechanical continuous and synchronous high-speed stamping line. The welding workshop adopts highly integrated flexible automatic line, which can realize the flexible collinear production of many models. The painting workshop adopts the compact waterborne painting technology, and the interior and exterior panels of the body are completely painted by robot, which has the advantages of low emission and low energy consumption. The final assembly workshop adopts automatic, modular and intelligent production line, and the main assembly line adopts sliding board and door slings. 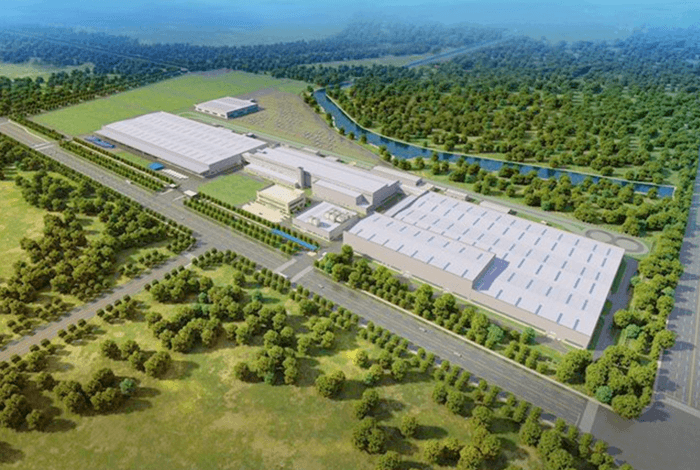 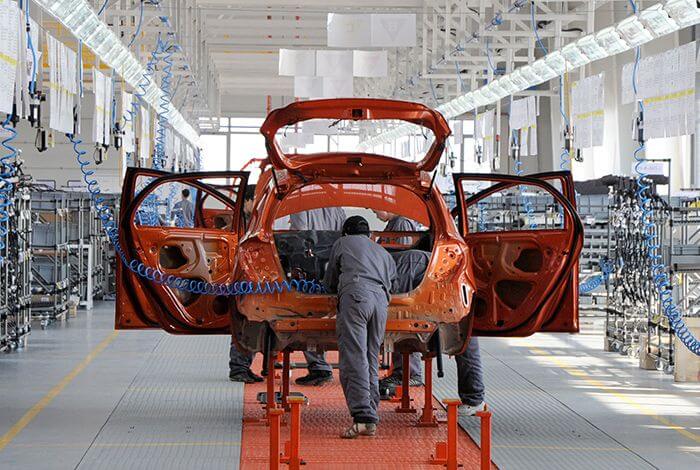 Xushui Vehicle Manufacturing Base is located in Xushui Economic Development Zone, Baoding, Hebei Province, with a total planning area of 13 square kilometers. It includes five parts, namely the assembly plant, comprehensive performance testing ground, spare parts base, stamping and welding logistics base and living area. With an capacity annual output of 750,000 units, the vehicle factory includes four major process workshops, namely stamping, welding, painting and final assembly workshops. Among them, the comprehensive performance testing ground covers an area of 1,700 mu with investment of 1 billion yuan. It is the first comprehensive testing ground built by Chinese auto brands, and the Spanish company IDIADA is responsible for its process layout and preliminary design. The test pavement contains 10 modules such as high-speed circuit, dynamic square and test drive mountain, with a total test mileage of 45 kilometers. The most prominent feature is the design of the high-speed circuit, which is 7.2 kilometers in length and has a maximum test speed of 260 km/h in the straight section. The embedded layout of the high-speed circuit and the factory is the first of its kind in China. GWM Smart Factory in Xushui is on the way of becoming the "China Baoding Auto City" led by GWM, focusing on the development of high-end manufacturing industries such as automobile and parts, mechanical and electrical equipment manufacturing. At present, Autoliv, Bosch, TI and other suppliers have been settled in it. 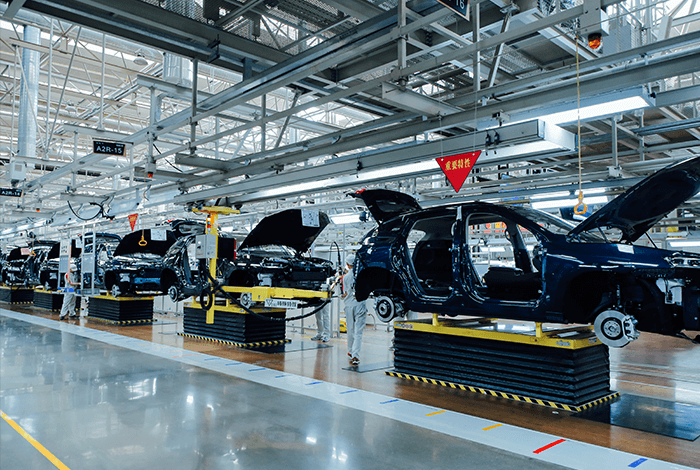 On November 29, 2019, the Spotlight Automotive Project jointly invested by BMW Group and Great Wall Motors was officially inaugurated in Zhangjiagang, Jiangsu Province, marking the formal launch of the project. The Zhangjiagang-based joint venture enjoys a total investment of RMB 5.1 billion and expects to have 3,000 employees, with the new plant’s annual standard production capacity of 160,000 units. Under the new business model featuring "jointly R&D, made in China, and serving global customers", the Spotlight Automotive Project realizes win-win cooperation with complementary resources in a real sense. Against the background of liberalization of restrictions on foreign equity in new energy vehicles, the two sides still cooperate with each holding half the shares, which means that this joint venture is an exploration of a new win-win model based on equality and complementarity, setting a new benchmark for future cooperation between Chinese and foreign enterprises. 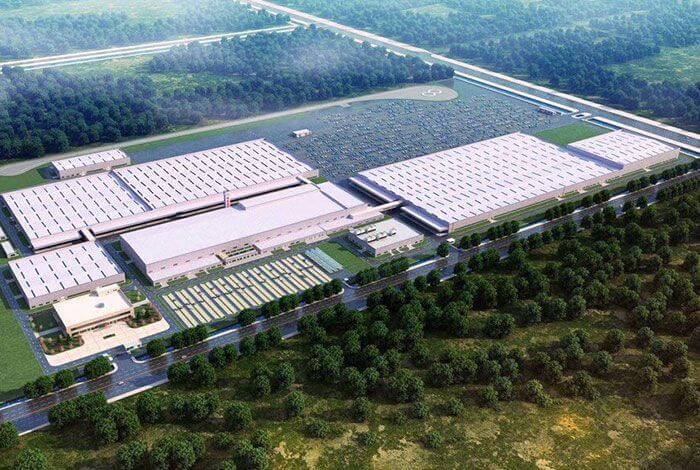 GWM has expanded service centers for different brands to all corners of China. HAVAL operates more than 1,000 4S stores, over 200 showrooms, 1,500 dealerships and more than 2,000 outlets in China, reaching every province and 80% of the counties nationwide. WEY has a diversified system of 4S stores, showrooms, etc., with 300 outlets covering major cities in China. ORA has adopted the ORA Club, ORA Experience Center, ORA Smart Store and Store-in-Store within HAVAL/WEY outlets, expanding from the first- and second-tier cities to the third- and fourth-tier markets. The brand also cooperates with Chinese top e-commerce players to access the online market in addition to the offline market. GWM Pickup is backed up by the most developed sales service system in the Chinese pickup industry accessible at more than 2,000 sales and service outlets. Currently, GWM Pickup is building pickup-only stores all over China to specifically serve its customers.

As one of the first Chinese car manufacturers that went global and entered overseas markets, GWM has started exporting vehicles since 1998, mainly including SUVs and pickups. Now, GWM has 500 networks in over 60 countries, selling a total of 700,000 vehicles overseas. Currently, GWM has extended its geographic presence to Russia, South Africa, Australia, Central and South America, South Asia, the Middle East and Africa

Mainly arranged in the first- and second-tier cities in the key target markets, GWM’s sales and service outlets have positively affected neighboring areas. The location of the outlets is preferred in the core automobile trading center in the urban area. Positive brand awareness has given the outlets the air of high baseline and high standard. An image of reliable Chinese Automobile brand is thus established in global markets, paving the road for GWM brands.

GWM attaches great importance to the construction of after sales service networks in global markets. In such key markets as Australia and South Africa, GWM has established components centers to meet the needs of the after-sales market and improve customer satisfaction

GWM entered the Russian market in 2004 and now has more than 120,000 units the Russian market. In June 2019, GWM’ Tula Factory in Russia was officially completed and put into operation, with a capacity of 150,000 units per year. It is also the largest vehicle manufacturing plant built by Chinese auto brands in overseas market. In 2019, the sales volume of HAVAL brand in Russia has achieved a historic breakthrough, exceeding 10,000 units in the first 11 months. At present, HAVAL brand has a sales network consisting of 79 outlets in Russia, which is expected to reach 100 in 2020. 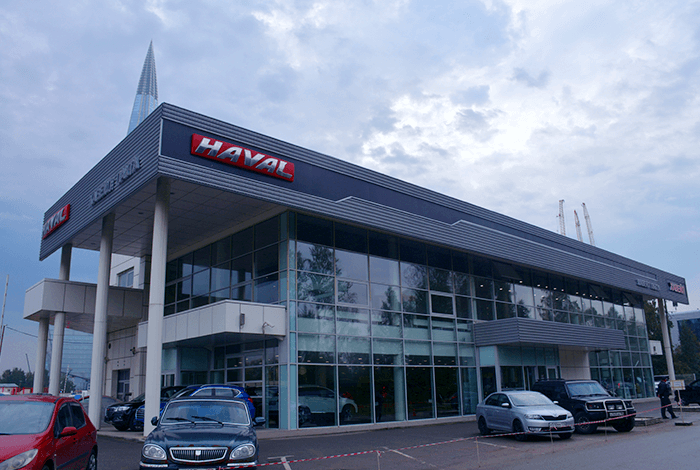 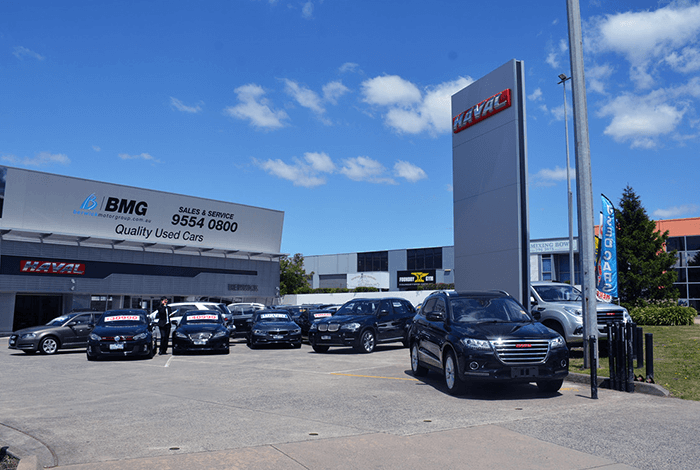 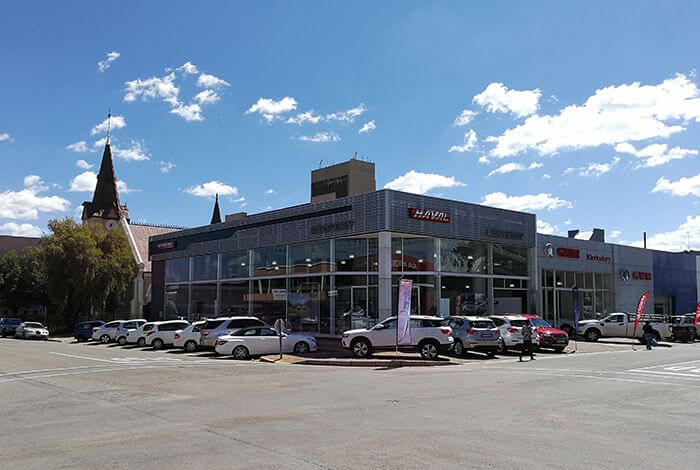 On July 10, 2018, in the presence of Chinese and German government officials, a joint venture agreement was reached between GWM and BMW to establish “Spotlight Automotive” with a 50:50 shareholding ratio. Incorporating the technology, resources and management advantages of both parities, the joint venture will focus on new energy vehicles and aim at the global market. “Spotlight Automotive” with a 50:50 shareholding ratio between BWM and GWM is established. And Spotlight Automotive will practice new business mode, which will realize that the vehicles developed by BWM and GWM, made in China and serve global clients.

GWM released Coffee Intelligence “311 Strategy”, to lead the industry in three aspect in three years, namely the largest user base, best user experience and highest coverage of scenarios, hence becoming the leader of intelligent drive in the age of intelligence on December 30. In 2021, GWM is expected to launch China’s first whole redundancy L3 autopilot, China’s first autopilot with laser radar and the autopilot with Navigation On Highway pilot (NOH).